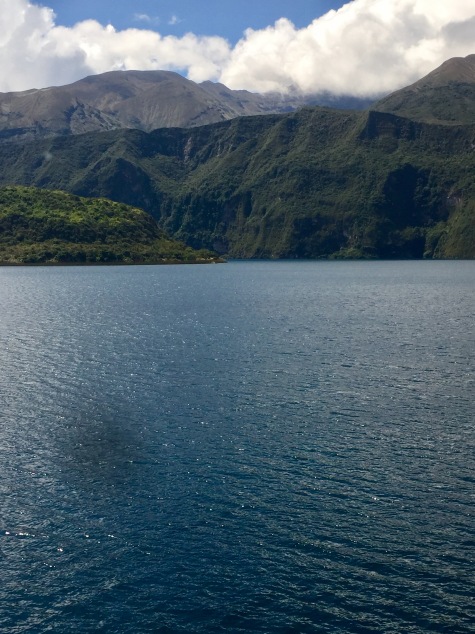 Laguna Cuicocha, a crater lake at the foot of Cotacachi Volcano in the Ecuadorian Andes 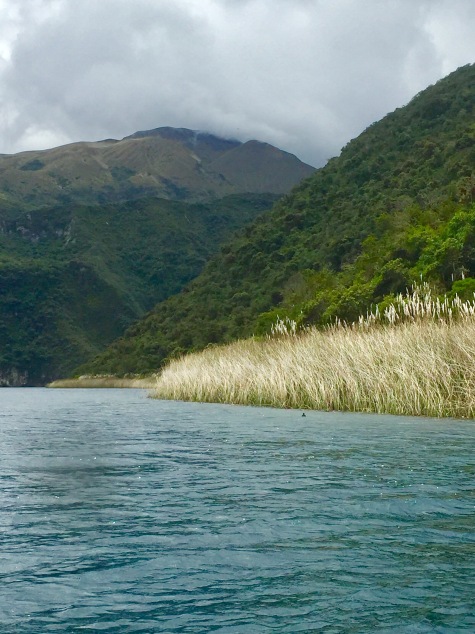 Laguna Cuicocha, a crater lake at the foot of Cotacachi Volcano in the Ecuadorian Andes

Laguna Cuicocha is a two mile wide, deep blue, 656 feet deep crater lake at 10,650 feet elevation and at the base of the 16,220 foot Volcan Cotacachi. With very steep cliffs surrounding the lake, three small islands in the center and the volcano towering overhead, the scene is impressive. The fresh cool air was refreshing as we took a boat tour of the lake.  Along the way, the boat stopped so that we could see the bubbles in the water, signifying that gas was seeping through from the magma below. The volcano is dormant (not extinct) and has been for centuries. 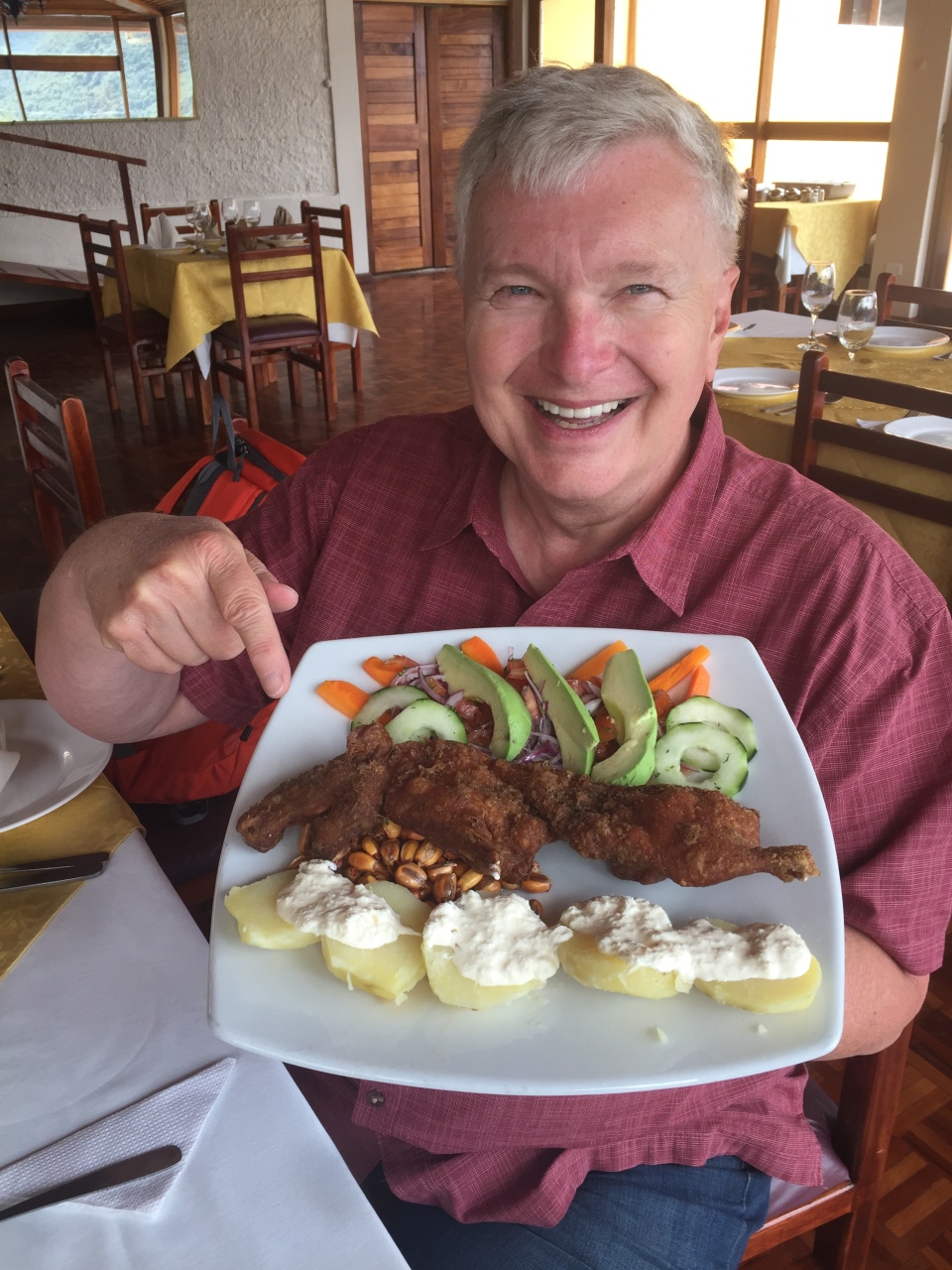 While at the Laguna, we ate lunch in a restaurant with expansive views of the lake. On the menu was cuy, or guinea pig. I took the plunge. It arrived baked, with head and feet attached. I didn’t hesitate but took a bite immediately. The skin was crunchy and the taste was close to pork butt, but it still had a unique flavor all its own. It was good! Guinea pigs in the mountains are not your caged hamster variety. The indigenous Indians raise them because they thrive in the high altitude, require little food, reproduce rapidly, contain high protein value, and they taste good. I am now a fan. The name of Laguna Cuicocha in the Kichwa (native Indian) language translates to “Lake of Guinea Pigs” to honor the place of the guinea pig in the Indian culture.

We took a twenty minute taxi ride to the Laguna. The total round trip cost was ten dollars. When we arrived, we told the cab driver when to pick us up. He was prompt in his return after we had spent three hours at/on the lake. I love how this culture operates. You can drive by a small grocery and shout out the product you need; someone will promptly bring out the item(s) you requested and take payment, and you then drive on. Trucks laden with necessary commodities that everyone uses, such as propane, drive the streets, each commodity truck with a distinct melodious tune. When one hears the tune of the commodity they need, they go to the street and flag down the truck. Simple.

Anita, the attendant at Hotel El Roy, is a native Indian and dresses each day in beautiful native clothing. We found out that she hand makes her exquisite clothing with decorative stitching, embroidery, and lace work, and her hair is in an intricately braided pony-tail. Such beauty! Many of the people in Cotacachi wear traditional clothing and that gives an authenticity to this charming city nestled between two volcanoes. WEG