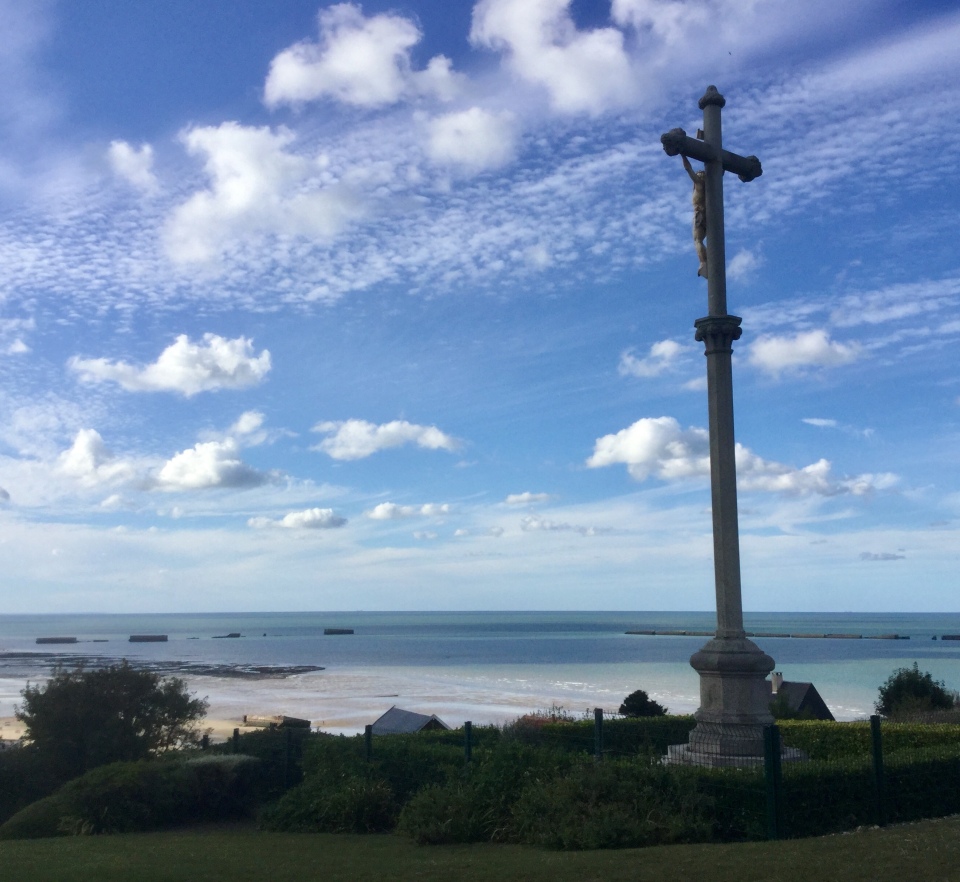 The liberation of France from German occupation under Hitler in World War II was a pivotal event in the history of that time. The sacrifice of U.S. soldiers in the invasion of the Normandy beaches is well documented. This was our day to visit the historic sites of the invasion. It was a beautiful, cool and sunny day. 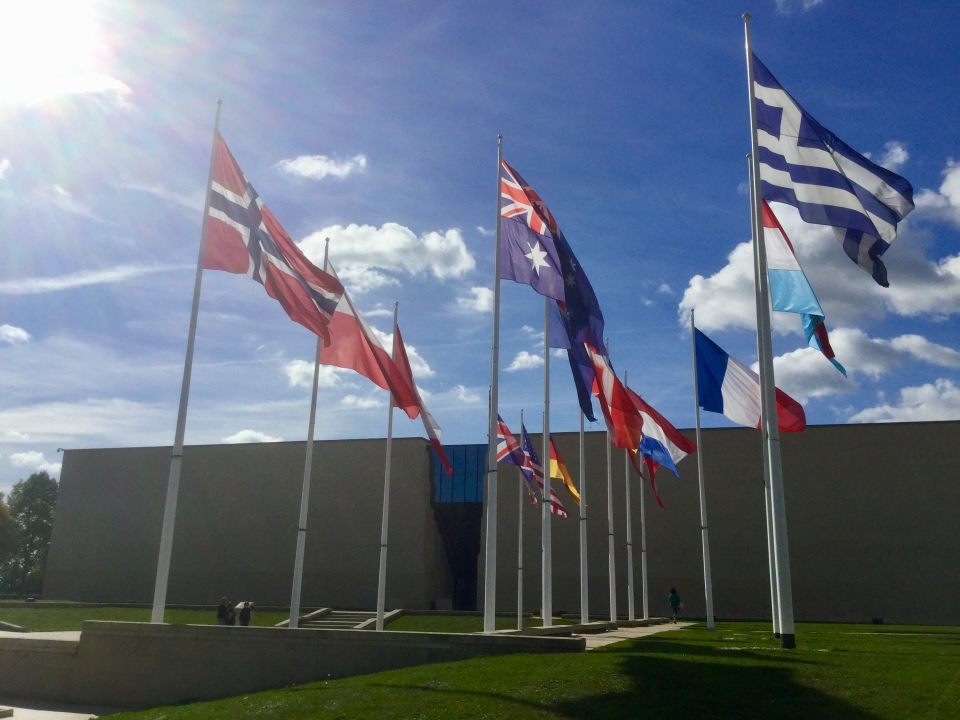 We met our tour at the World War Museum in Caen. A bus to the museum left from close to our hotel. As we arrived the flags of the nations that participated in the invasion were flapping in the wind. Caen held a strategic position in the immediate invasion route of the allied forces and over 70% of the city was flattened; hence, the city is quite modern by European standards. 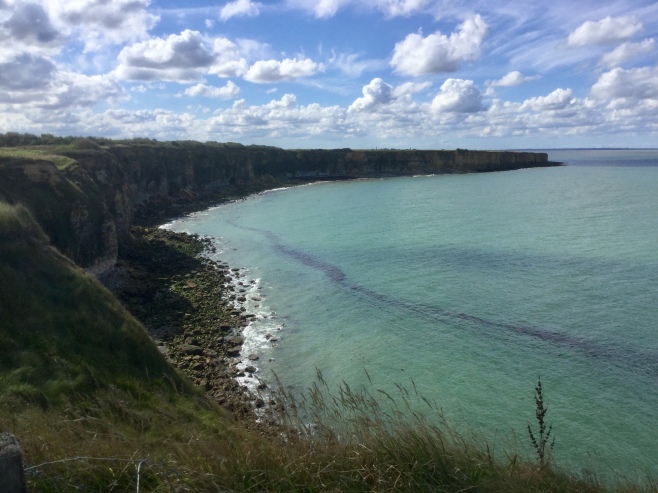 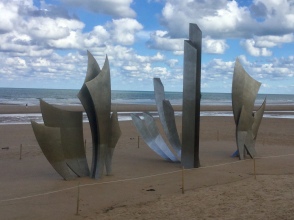 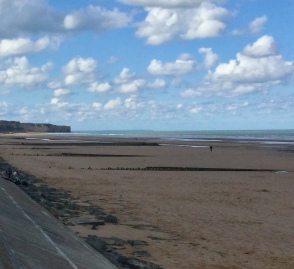 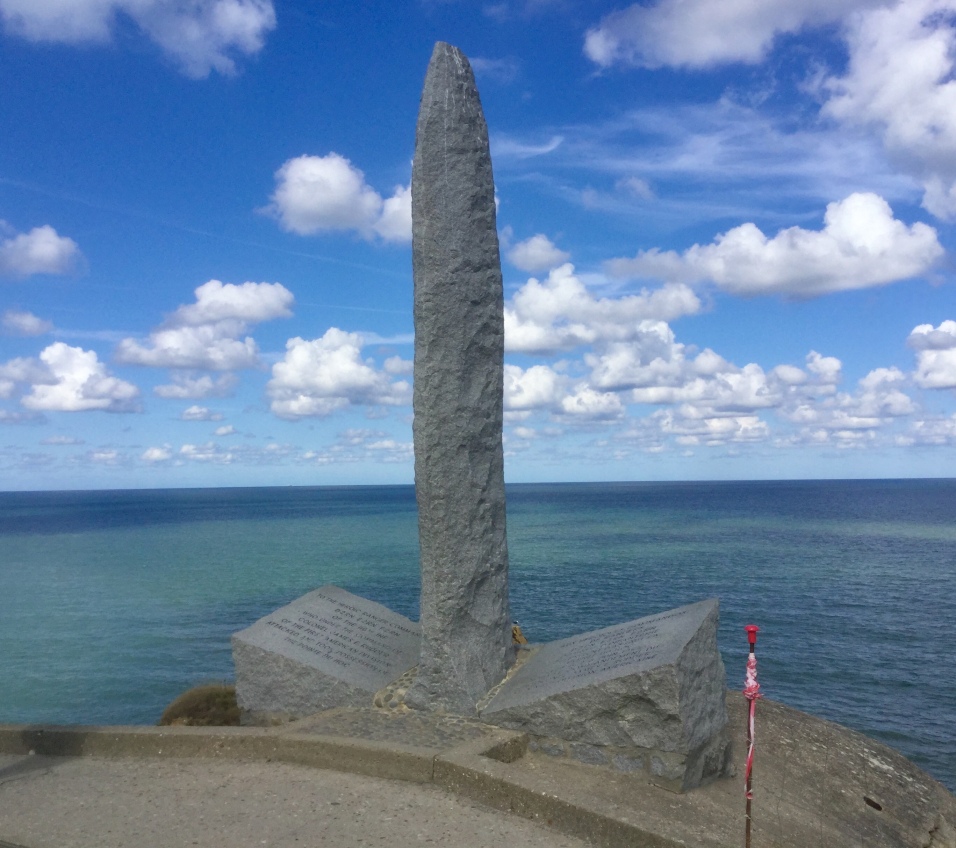 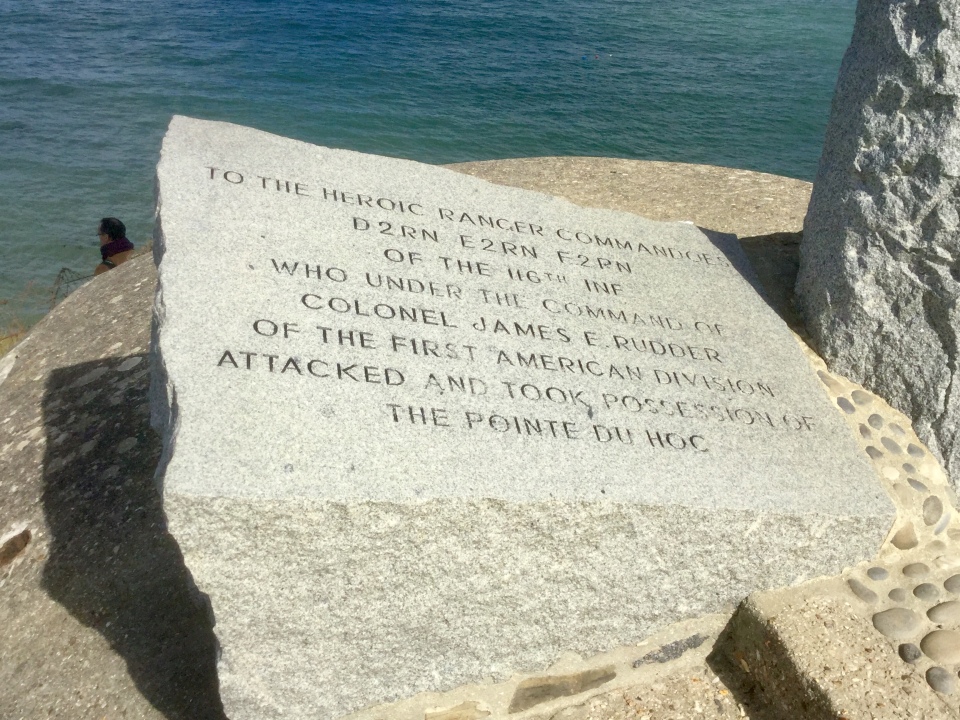 Our first stop was Pointe du Hoc. Here the Germans had numerous cannon guarding the Normandy coast. They could throw a bomb with accuracy 14 miles. Lieutenant Colonel James Earl Rudder, a U.S. soldier, led a small force of GI’s in a stealth tactic to take the cannon out in the early morning hours. They were successful. Rutter later became President of Texas A & M University. The landscape here still contains bomb craters from American aerial bombardment as well as remnants of German concrete underground bunkers and cannon firing ramps. We looked out into the ocean from the high cliffs and watched the blue waves from the English Channel crash the shore and imagined how this beauty was shattered by the ferocious battles here almost 75 years ago. 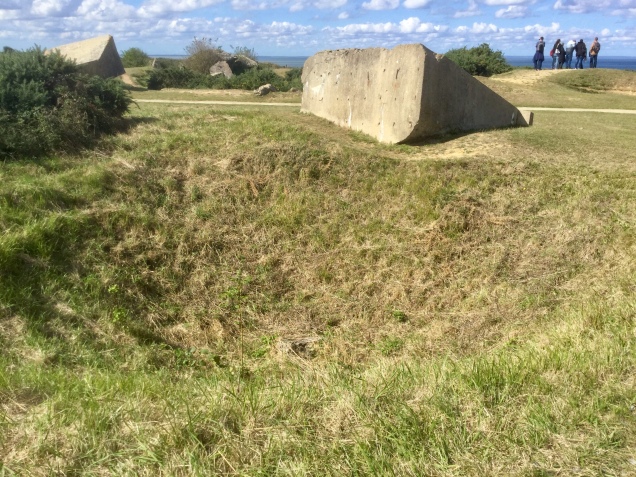 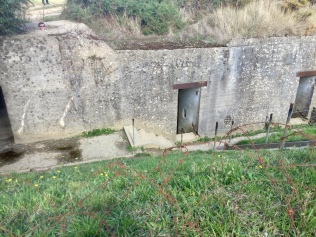 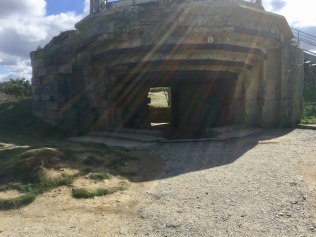 We drove along the five mile Normandy beach that now has names such as Utah and Omaha and memorial markers along the way. We stopped at the section now known as Omaha Beach and viewed a memorial. The beach is beautiful, but on that day it was lain with land mines and invasion barriers and, on the hills above the beach, machine gun nests and mortar launchers. Many U.S. troops died before they even touched the beach. Eventually, the troops took the hills, and the invasion to retake France and enter Germany began.

Our next stop was the U.S. cemetery just off the beach. It is a beautiful and tranquil setting with trees shaped into large topiaries. A majestic columned entry features a statue of an American youth rising from the waves to protect freedom. (The average age of the U.S. soldiers killed here on that day was 23.)  A reflecting pool reaches toward the cemetery where over 9,000 soldiers are buried. White Italian marble crosses are lined up in perfect order—humbling. Towards the end of our stay, taps began to play and the flag was retired for the day. Elderly troops visiting that day were seen visibly weeping—moving indeed! 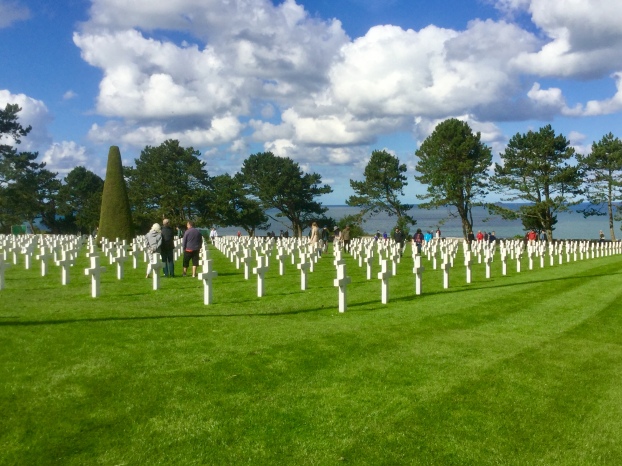 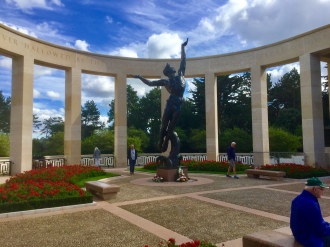 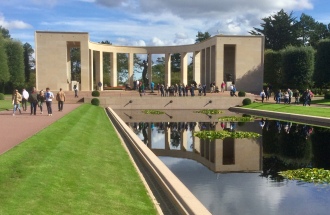 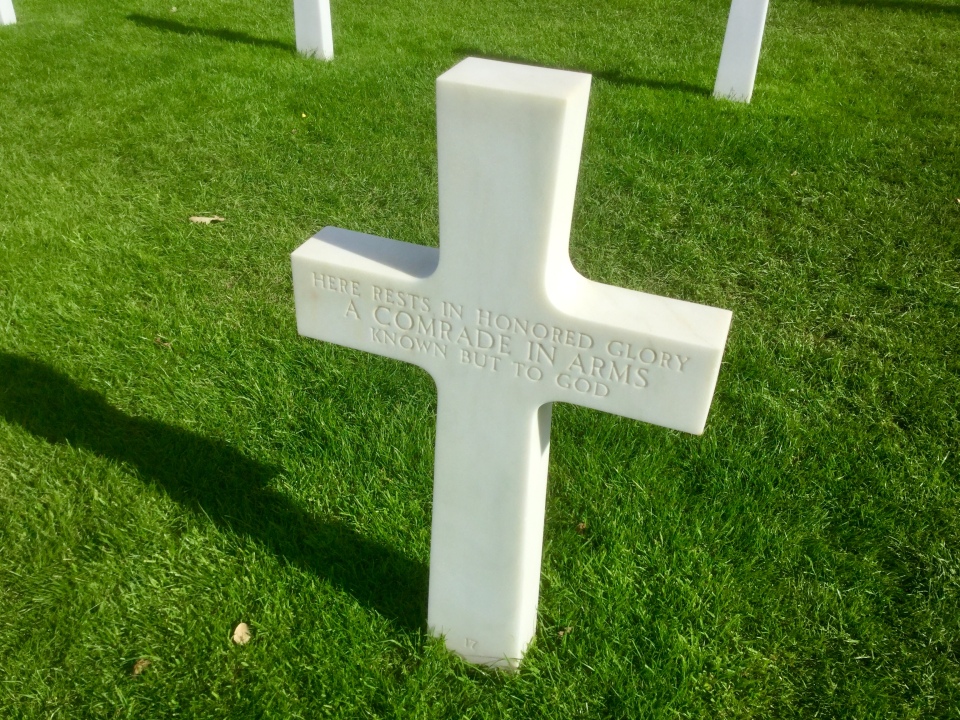 Our day concluded with a 360* immersive movie of that time that included video and pictures recently uncovered of the invasion forces. We felt sadness for the loss of life, thankful for the sacrifices made, and proud to be American. WEG