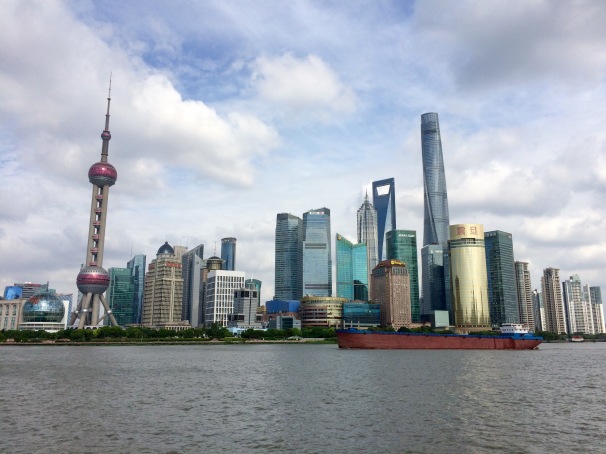 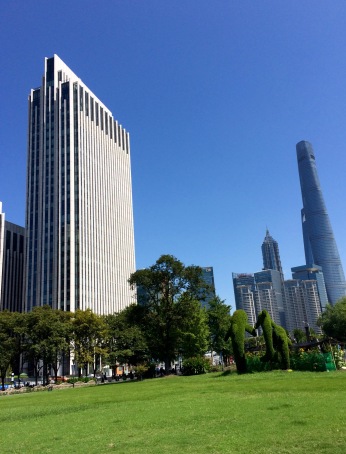 Over the past fifteen years, Shanghai has grown from six million people to 27 million people. To accommodate this growth, the city was totally planned down to the last apartment building. It is awesome! Huge green spaces and beautiful parks with amazing flower plantings frequently dot the landscape. The architecture is creative and modern. We drove for miles amongst 30-50 story apartment buildings with taller skyscrapers forming town centers here and there. It truly is impossible to overemphasize the efficiency of transportation, the distribution of green space, the eye-catching architecture amidst the immense space of this city transversed with rivers and streams. There is nothing cookie cutter in Shanghai. 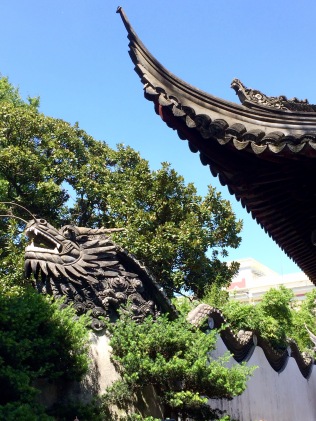 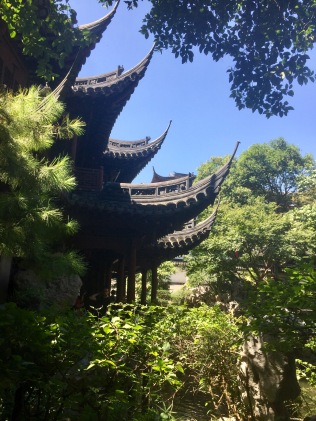 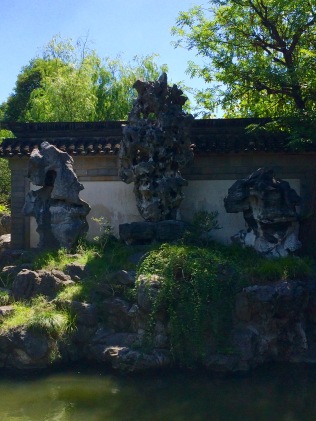 We spent time at the Hu Gardens—the ancient city home of a wealthy merchant. It is a fine place with many separate and traditional Chinese rooms scattered among the streams and ponds with native vegetation that make this a garden. One quite interesting item on display is one of the most valuable rocks ever discovered. The emperor at the time gambled his kingdom on purchasing the rock, only to have it lost in a storm at sea as it was being brought to land. He spent a fortune having the area searched, but the rock was lost. It was found much later and brought to the Hu Gardens. The rock is a quite large limestone with 74 holes, but each hole is connected individually on the inside so that when water is poured on the top, it follows the interior channel to each hole (one at a time) until it flows out at the bottom. No other such rock is known to exist.

We visited the trendy French Concession with its galleries, boutiques and restaurants set in tree-shaded colonial Shanghai. Across the river, the Pearl Tower, Shanghai’s iconic skyscraper/tower vied for attention with the “beer bottle opener tower,” with its square topped opening at the top, and the 120 story spiraling Shanghai Tower. The “beer bottle opener tower” was designed by a Japanese architect with a round opening, but when it was discovered that the sun streaming through the opening caused a reflection that closely resembled the Japanese flag, the architect was fired and the circle became a square.

After another dim sum dinner, with way more food than was possible to eat, we went to the amazing acrobat arena for a show. Wow! I marveled at the acrobat who balanced on five layers of boards, each layer sitting atop a roller, all the while placing saucers and cups on one foot, only to toss them in the air and catch them on the top of his head. Higher and higher the stack grew. Kathy screamed so loudly when an acrobat on a very high ferris wheel with spinning circular wheels lost his balance at the highest point, that hundreds of people diverted their attention from the acrobat to her, missing the acrobat’s recovery. The theater was built specifically for these world famous acrobats, and the acts were accompanied with laser and light shows and live Chinese instrumentation with a wonderful vocalist. The concluding act with eight lighted motorcycles driving at breakneck speed inside a sphere in synchronized patterns was indeed a showstopper. We were exhausted but fulfilled as the day came to a close. WEG