Home » Adventure » Lima is No Bean

Lima is No Bean

Lima, Peru–where do you start? Historic, yet modern. Huge, yet intimate. Rich, yet poor. 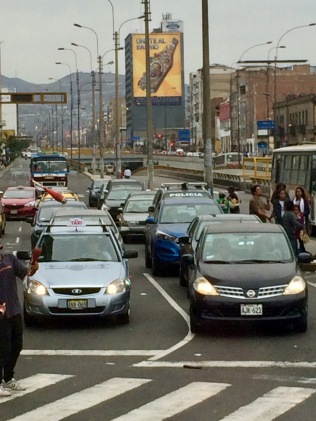 Our first impression was that Lima was modern. Huge electronic billboards greeted us both in the airport and on the roads from the airport in the dark of the night. In the morning, the impression continued in our Hilton Hotel in Miraflores, an upscale suburb on the Pacific. We had time to stroll the area around the hotel and along the Pacific. We ate an early lunch looking out on the Pacific on a balcony cantilevered over the cliffs. Cool! Kathy and I agreed that the area reminded us of the Houston Uptown/Galleria area, with one big exception–there is an ocean! Indeed, the ocean side mall is called, “The Galleria.”

In the afternoon, we toured Old Colonial Lima. It was grand! Beautiful parks surrounded by majestic colonial era buildings/palaces/churches were abundant. We spent time in the UNESCO World Heritage Site San Francisco monastery and catacombs. Beautiful,  with imported Spanish tiles and fine handcrafted wood features and frescoes on the walls, it has open courtyards and magnificent rooms and chapels. At one time 400 priests lived here, and it is still a working monastery today. The catacombs were discovered in the mid-20th century. The priests cleaned the bones and rearranged them with similar bones put together in rooms. What a sight! 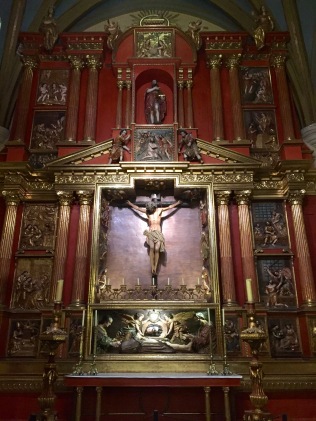 Our guide was an 18th generation descendant of one of the thirteen Spanish explorers who came with Francisco Pizarro in the early 1500s. That was a treat. She showed us her ancestor’s tomb in the cathedral along with the mausoleum of Pizarro. The mosaic tiles are of 18 carat gold. What caught our attention was the beautiful woodwork in the altars. Then, we were told that they were gold, and the gold was painted over and then scratched away in the crevices to give it a unique look. Awesome. 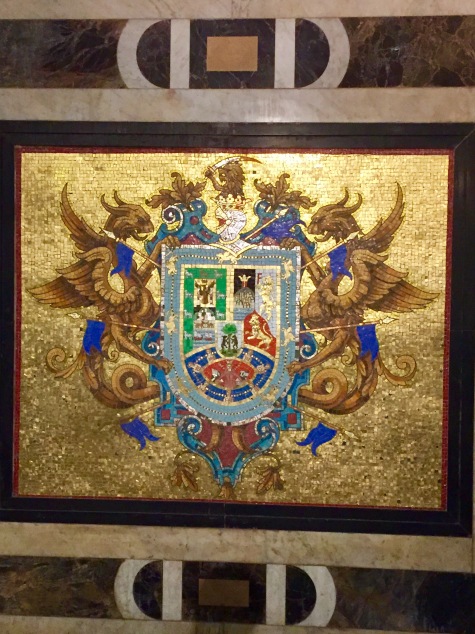 Coat of Arms of Francisco Pizarro, founder of Lima, Peru

We strolled the pedestrian streets and saw one beautiful building after another. We toured the oldest colonial mansion in Lima–started in 1535 and still inhabited by the same Aliaga family for 18 generations. It is a magnificent house and, if by chance a girl was the oldest child and next in line to own the home and family fortune, her husband would have to change his name to the family name or the inheritance would be lost. Lima is the capital of Peru and has a population of over ten million. While we saw the magnificent parts of the city, there are shanty town neighborhoods where we were told not to venture. Peru, while now stable, was quite unstable around 25 years ago.

With an ancient Inca culture and the Spanish new world exploration in 1535, Lima has a rich and long and proud history. WEG