Autumn 2016 Travels in Europe: Kilkenny Plus

Our time in Kilkenny, Ireland, is splendid. We have attended a national food fair, taken a coastal drive, gone to a crystal making factory and eaten wonderful fare over the past two days. What a great place!

The Food Fair was entertaining and the booths were full of organic foods, regional eateries, informative displays and cooking demonstrations. We enjoyed watching Irish television chef personalities teach us how to cook for Christmas. The set was well done with a full kitchen and large screen monitors to show the chefs at work. We all were given recipes so we could replicate the foods at home. We will definitely be making the chocolate meringue and chocolate mousse Christmas cake at our home. Wandering the booths, we had enough tastings so that we were not too hungry for a meal. Have you even tried stinging nettle pesto or stinging nettle water or apple syrup? They are good! 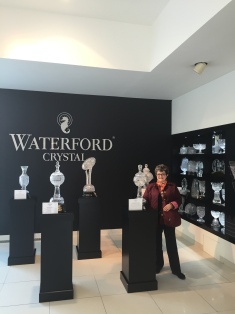 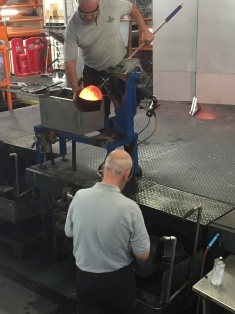 The House of Waterford Crystal factory was interesting. We did the tour and saw each process that led to the making of a piece of Waterford crystal. Later, we drove a coastal road and enjoyed the views, stopping for some fresh seafood at a nice restaurant situated on the coast. This was the first time I have ever eaten seafood pie. We have heard that each coastal area has its own version. This one used red cheddar cheese, something else I have never eaten. I’ll be trying other versions, I am sure, as we journey to other coastal areas. 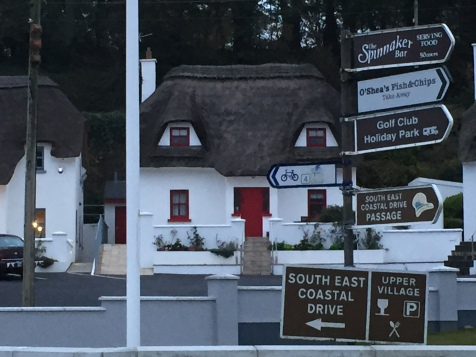 I had heard that Irish roads can be narrow, and we found many today as we drove the coast. Our friend Allen thought I got too close to the left side of the road–the side he was sitting on–since I was driving from the right side of our vehicle. We also got our first taste of driving along rock walls through the countryside under golden trees on a nice Irish fall day. Wonderful. WEG