Autumn 2016 Travels in Europe: “The Troubles” 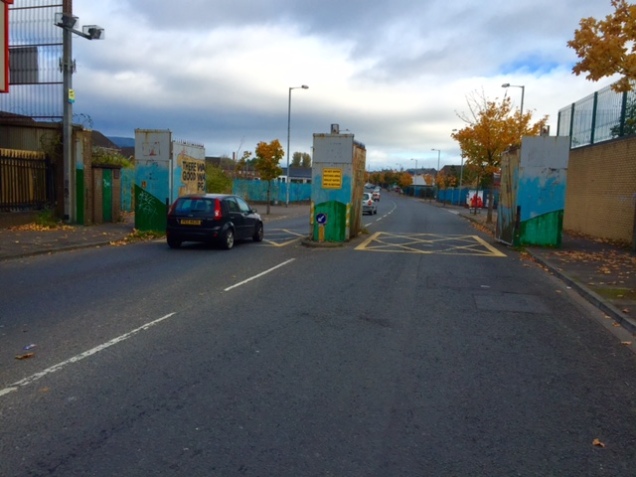 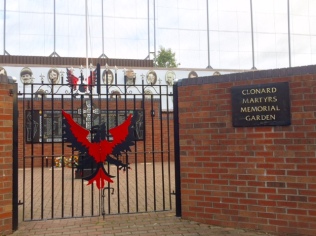 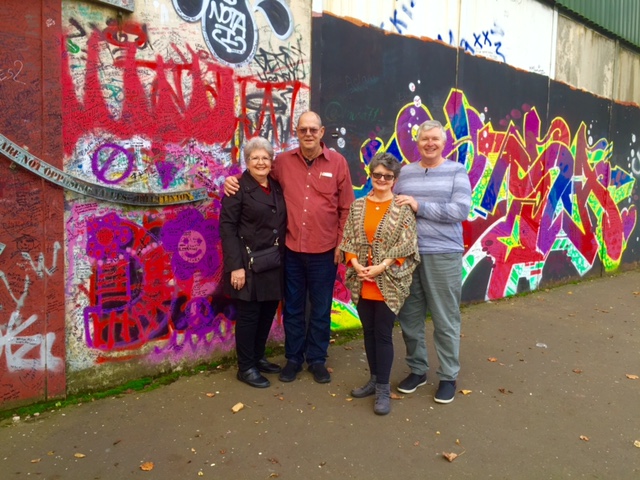 The polite name for the tumult of political, socio-economic and religious murder and mayhem that rocked Northern Ireland at the end of the 20th century, a time many of us remember, is “The Troubles.” Belfast was at the center of the troubles. What an intriguing morning we experienced, taking a “Black Cab” tour of the city that still vividly recalls those days! We went through Protestant areas of the city and saw memorials to people killed during that time. We went one major street over and drove through Catholic areas and saw memorials to people killed during that time. We drove along walls and through gates that still separate the communities. The gates still close at certain times of the evening and for major events. We stopped several times to explore and take pictures, once along a major “peace lane,” a wall erected to keep the peace. Covered with official words of peace and love, people today still write personal messages on the wall. While far too complex to describe the reasons for “The Troubles,” the issues mainly resolved with the signing of a quasi-peace treaty by major leaders of each side, whom most people trusted.

Today, Belfast and Northern Ireland are moving forward. We saw signs of growth and progress in the city. Tour boats are starting to call in the ports, and tourists have returned. Tensions have tempered considerably, while suspicions remain. As our cab driver/tour director said, “It will take two generations for this to be past history. Too many living people have fathers, uncles, sons, daughters or wives who died, many innocently, for it to go away quickly.”

Our journey via train from Belfast to Dublin was another wonderful trip through the Irish countryside. Once in Dublin, we quickly settled into our rooms in our hotel. Since it is located close to most of the major sites in the city, we walked across the bridge nearby into the Temple Bar area, noted for its many Irish pubs. Hungry, we went into one of the historic pubs, Quays, for a wonderful meal of Irish Beef Stew with Guinness broth, fish stew in a cheese broth and mussels steamed in a hearty cream and vegetable broth. As usual, Kathy opted for the dark beer, in this case Guinness, and Allen and I for the much lighter lager, this time Carlsberg. As I finish this blog and prepare for sleep, window open to let in the fresh cool breeze, I hear Irish music wafting through the air, I believe from the Temple Bar area across the river. It makes me want to dance, a good way to end an emotional and thoroughly provoking day. WEG