Pisco Sour is All You Need to Know 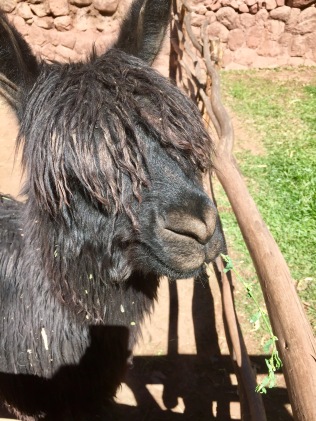 We entered the Sacred Valley of the Inca’s today. The ancient Inca’s were astronomers and they  saw that the river in the valley seemed to go toward the Milky Way. They believed it was from the heavens; and, therefore, sacred. The valley is mystical and magical. It varies from only 1/4 mile wide to 1 mile wide, goes forever and has wonderful mountains on each side with the sacred river running in the middle. It is rugged territory and the Incas built their cities on the mountains so that the valley below could be kept for farming. Because the need for food was great, the Incas developed a system of terrace farming on the steep mountain sides that is still not only visible today, but in use as well. Kathy and I simply soaked in the wonderful scenery. 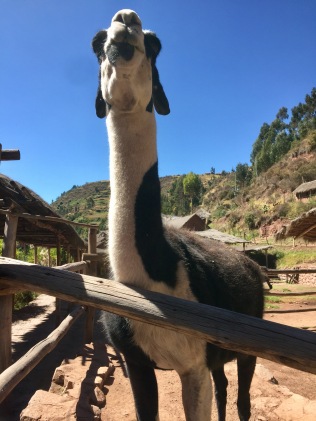 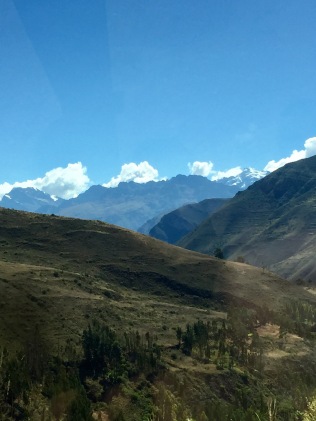 Our plane landed in Cusco, the ancient capital of the Incas, but we immediately boarded a bus for a six hour journey to our hotel into the Sacred Valley. Along the way we stopped at an Alpaca farm to get up close and personal with alpacas, llamas and vicugnas (the fiber from which is considered the rarest and most expensive on earth). Further along, we stopped in Pisac Village, a market village, where the finest Peruvian folk arts are practiced and sold. Colorful and active, Kathy shopped until she dropped or ran out of money–you choose. I found a woman cooking Inca corn (hominy) on the cob–white and tasty served with a mountain cheese and in its corn husk. I couldn’t resist! Finally, we stopped at a ceramic studio where the ancient Incan art form is kept alive. It was a most appealing setting and we watched native craftsmen and women practicing their craft. 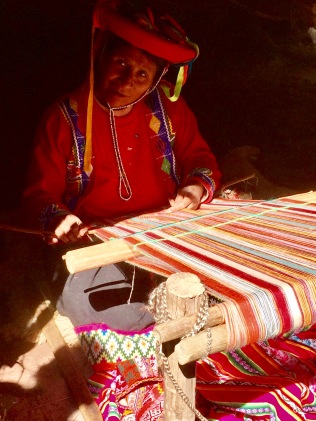 Crafts in Peru’s Sacred Valley of the Inca’s

Crafts in Peru’s Sacred Valley of the Inca’s

Markets where Peru’s crafts are sold 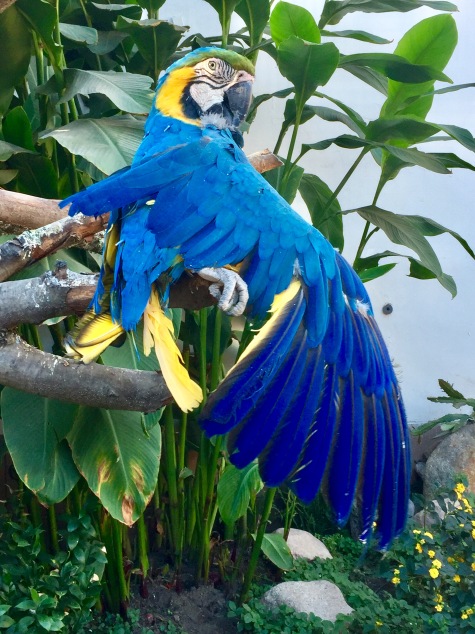 Nature in Peru’s Sacred Valley of the Inca’s

Nature in Peru’s Sacred Valley of the Incas

We arrived at our outstanding mountain country lodge hotel. It is in the hills all to itself, and it is the image of what I would have expected a South American mountain lodge to look like. Tiered up the mountain side, with manicured green lawns and beautiful flowers and an open fire place in the lobby, the staff stands at attention in strategic places along the way. Our room is white washed, plaster and stone walls and timbered ceiling–white washed. It is rustic and comfortable and roomy and modern–a 65″ TV built into the wall. It is cool in the Sacred Valley. We are no longer on the equator, but have moved closer toward the South Pole. We will sleep well tonight after our long and wonderful day. WEG

P.S.–I forgot about the Peruvian national drink, the Pisco Sour. It is Pisco brandy, key lime juice and ice blended with egg white foam (with bitters) on top. You can add a simple syrup to sweeten it, if desired.  It is delicious, but one will do ya! 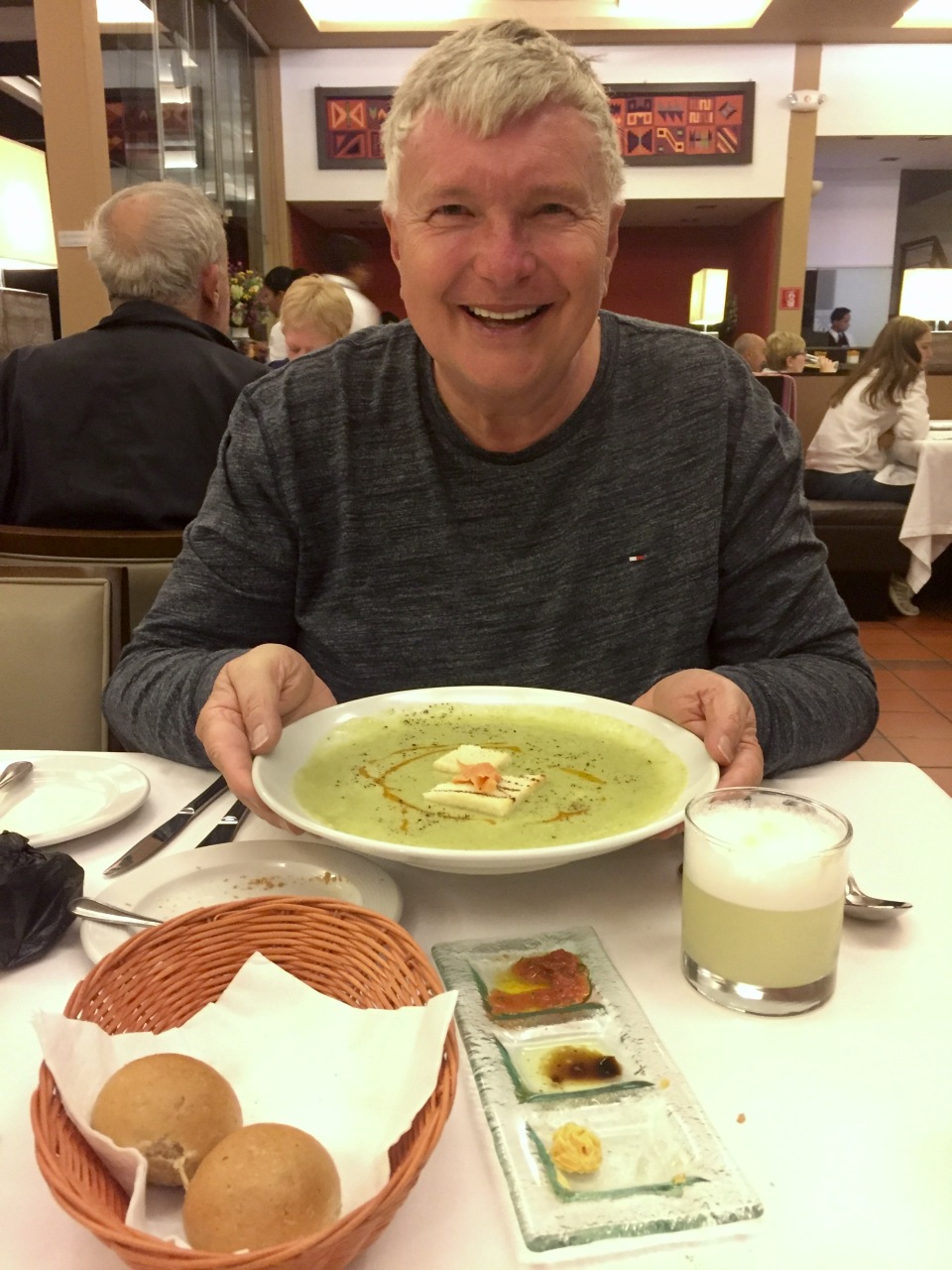 Wayne enjoys a Pisco Sour, Peru’s national drink, with evening meal in the Sacred Valley of the Inca’s, June 2017